In direct response to the COVID-19 outbreak, PrivateFly launches a jet card program to address the surge of new clients turning from commercial airline travel to private aviation. This fixed hourly rate, guaranteed availability jet card is designed for frequent flyers who, in the ‘new normal’, are turning to private jets for safer travel, more control over personal budgets, and ultimately minimizing potential exposure to the deadly virus. Card holders can also fly in the USA through a partnership with sister company Sentient Jet.

PrivateFly says that it saw enquiries double in July compared with the same period last year, as consumer confidence in commercial airline travel dropped. This change was caused by uncertainty over global travel restrictions, consumer worries over quarantine and social distancing, and the continued cancellation of commercial flights by airlines around the world. Adam Twindell, PrivateFly CEO said, “Throughout the COVID-19 pandemic, we’ve seen growing demand for private aviation as frequent flyers look for a safer way to travel.” The company had bookings at 90% of last year driven by a rush of UK leisure travelers heading for popular destinations including Nice, Ibiza and Palma but notes business travel has not yet returned.

The new product has been unveiled following extensive market and consumer research, as frequent flyers in the ‘new normal’ turn to private jets for safe travel and adopt new buying habits.

Cardholders receive priority access to PrivateFly’s family fleet of group-owned aircraft, with guaranteed aircraft availability, and can also access safety-accredited private aircraft operated by a selection of its preferred suppliers, all at fixed hourly rates and 24-hours’ notice. The family fleet aircraft are planes operated by companies within the parent Directional Aviation group. These aircraft include the Phenom 300, Challenger 300, Legacy 600, Global and Gulfstream G650 aircraft.

The jet card is available with a minimum of 25 hours and PrivateFly Jet Card clients can choose from three aircraft categories: Light Jet, Midsize Jet or Heavy Jet. Fixed hourly rates start from €5,900 for the Light Jet Card in Europe. The full rates are:
Cabin Size Hourly Rate Daily Minimum, including taxi time

They are also free to switch between aircraft types without paying a surcharge, other than the difference in hourly rate. The hourly rates include airport fees, fuel, taxes, de-icing and catering.

Good for families and companies, a PrivateFly Jet Card can have up to five nominated users added to an account, with hourly rates charged against the same account balance based on number of flight hours.

Clients returning within 24 hours of their outbound trip can also enjoy a 20% discount on their hourly rate. The card program has only 15 peak days in Europe

PrivateFly has offered a fixed price City Pair program for two years. This provides a set price on key European routes using the family fleet aircraft operated by parent group Directional Aviation. As examples, London to Milan is €16,800 and Paris to Moscow is €29,500 on the Legacy 600. The PrivateFly Jet Card holders receive 5% off City Pair route prices. 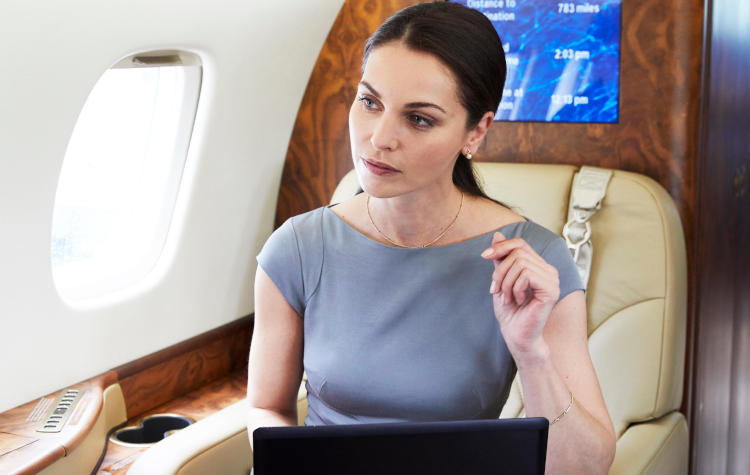 PrivateFly splits Europe into a couple of Zones for the jet card pricing. The above hourly rates apply in the countries in Zone 1 – listed below. Hourly rates within Zone 2 start at a 30% premium. This applies to all flights that start or end in Zone 2 or take place entirely within Zone 2.

Use in the USA

European card holders can also use their card balance for flights in the USA. These flights will be provided via a new partnership with PrivateFly’s sister company Sentient Jet. Members can access the Sentient Jet US program at its standard cardholder rates – without paying a surcharge. Sentient’s US cardholders will be able to fly at PrivateFly rates in Europe.

“We’re pleased to partner with PrivateFly at such a critical and unique time. Given the success of the guaranteed, fixed-rate model in the United States we think the efforts by this talented and experienced team will lead to a rapid leadership position in the European and international jet card markets” said Andrew Collins, President & CEO of Sentient Jet.