The 2021 Super Bowl sees two superstars face each other who are both signed to endorse private aviation companies. Patrick Mahomes, quarterback for the Kansas City Chiefs is partnered with Airshare and Tom Brady of the Tampa Bay Buccaneers has teamed with Wheels Up. 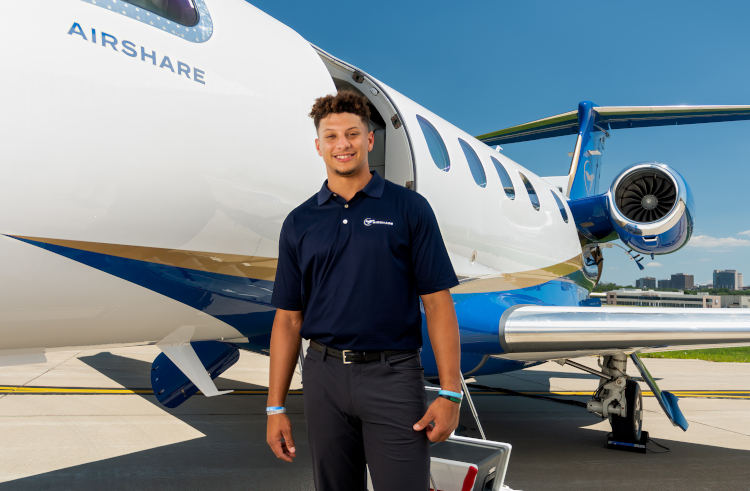 The MVP from the 2020 Super Bowl signed a multiyear partnership agreement with Airshare in 2018.

Through the partnership, Airshare flys Mahomes’ family directly from Tyler, Texas to Kansas City for every home game to watch him play. Mahomes also has access to additional flights for personal use throughout each year of the agreement.

“Airshare has been an amazing partner,” said Patrick Mahomes. “My family has been able to attend all of my home games, which I greatly appreciate. For me personally, I quickly realized how much flying private has improved my time efficiency.”

The direct flight time from Tyler, Texas to Kansas City, Missouri is about 1 hour 30 minutes for the 470 mile trip. That’s a lot better than a potential 9 hour drive or 4 to 5 hours flying commercially with the plane changes due to no direct flights.

Airshare offers both jet cards and fractional ownership in the Phenom 100 and Phenom 300 light jets. Both the cards and the fractions are offered on a day basis, for instance their EMBARK Jet Card provides ten travel days with unlimited hours over 24 months.

“We are extremely excited to have one of the brightest young stars in the NFL representing our brand,” notes John Owen, Airshare president and CEO. 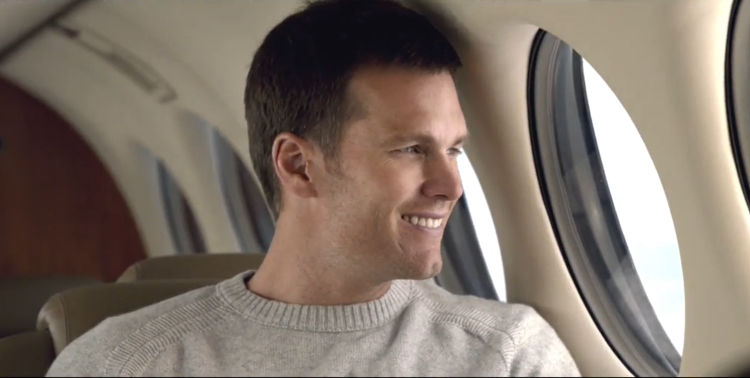 The 6 time Super Bowl winner has been working with Wheels Up for several years and his wife Gisele Bundchen is also a Wheels Up ambassador.

Back in 2017 he appeared in TV spots for Wheels Up and talked about the King Air 350, the core aircraft in their owned fleet.

“I love being in the King Air 350i, it’s the ultimate plane, It’s the SUV of flying” said Tom Brady, and referring to his former team mate at the New England Patriots added “I always say it’s the Julian Edelman of planes, it can do everything, it makes every mission.”

More recently, at the start of the pandemic Tom Brady joined with Wheels Up to help donate 10 million meals to families in need amid the coronavirus pandemic.

Private Jets at the Super Bowl

Normally thousands of private jets fly in for the Super Bowl, but this year the crowds and the parties will be smaller due to the coronavirus. The Buccaneers Raymond James stadium will only admit 22,000 fans, or about one-third of its capacity. Even so there are special air traffic procedures in effect for the airports around Tampa and slots to park planes during the game are also somewhat limited.

Neither Tom Brady nor Patrick Mahomes will be traveling to the Super Bowl on their private aircraft. This is the first-ever Super Bowl where one of the participating teams, the Tampa Bay Bucanneers, is playing in its own stadium, so Brady doesn’t need to travel very far. Patrick Mahomes will be traveling to Tampa with the rest of the Kansas City Chiefs.